I have to start this post out by just saying of course what a huge fan of the Smashing Pumpkins.  I have been forever – seeing as I grew up in the 90’s 🙂

They were definitely, by far, one of my favorite bands to listen to when I was in my “teen angst” mood.  As life developed into a series of serious events, serious losses, difficult choices to make and problems beyond the scope of an angry and hormonal 15 year old – the power to some of the lyrics grew for me, the songs didn’t fade irrelevantly into time, instead they made more sense and felt more important to my life than ever.

Time is never time at all
You can never ever leave without leaving a piece of youth
And our lives are forever changed
We will never be the same
The more you change the less you feel
Believe, believe in me, believe
That life can change, that you’re not stuck in vain
We’re not the same, we’re different tonight
Tonight, so bright…

Mellon Collie‘s figurehead is a girl who never really existed: a daydreaming star nymph with a split personality.

Her creator is John Craig, an illustrator from Pittsburgh who is known for his work with collages and his talents at the time developing them.  Please keep in mind some of this stuff was before digital manipulation was really simple to do, none of this work was simple as it would be to pop into Adobe Photoshop CC.

Craig had spent the majority of his professional career as an artist doing editorial commissions for magazines.

For the star nymph he worked based off of Billy Corgan’s (lead singer of the band) handwritten scribbled notes and hand drawn conceptual incomplete sketches, most of which arrived through the horrible print of older fax machines.

She is assembled, like all of his images, from scraps of paper ephemera, but she but doesn’t look like a collage at all.

I think it is really important to look at music artwork if you really enjoy the band or artist.  My reasoning for this is because even though the work (whether collages, strange paintings, photography, digital illustration) is not necessarily created by the artist you like but it is DEFINITELY a reflection of them.  It’s like how some music, if you told somebody to listen to the words……your soul will be exposed to them almost.

In my opinion, if the musicians truly have a passion for their music than their album art strongly tells you exactly the image they want to reflect upon themselves into the public eye.  Personally, that matters to me…

I like this artwork because of the vintage and surreal qualities they posses. The color palette is very muted and low key yet comes together in a strangely uncomfortable yet soothing way.  I say uncomfortable because the images themselves are weird.

The characters like the floating three headed relationship, all the flying angels in their surreal quality, the bird-human flying over a city, etc.  None of these images look like they would be real obviously.  But it doesn’t have a cartoon feel either.

Mellon Collie and the Infinite Sadness is to this day still one of my favorite albums of all time, not just by The Smashing Pumpkins. ❤

There was an error retrieving images from Instagram. An attempt will be remade in a few minutes. 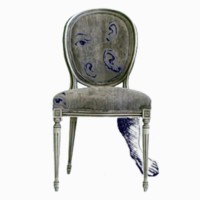 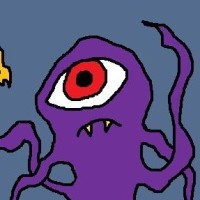 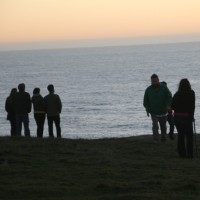 My journey - The good, bad and the ugly